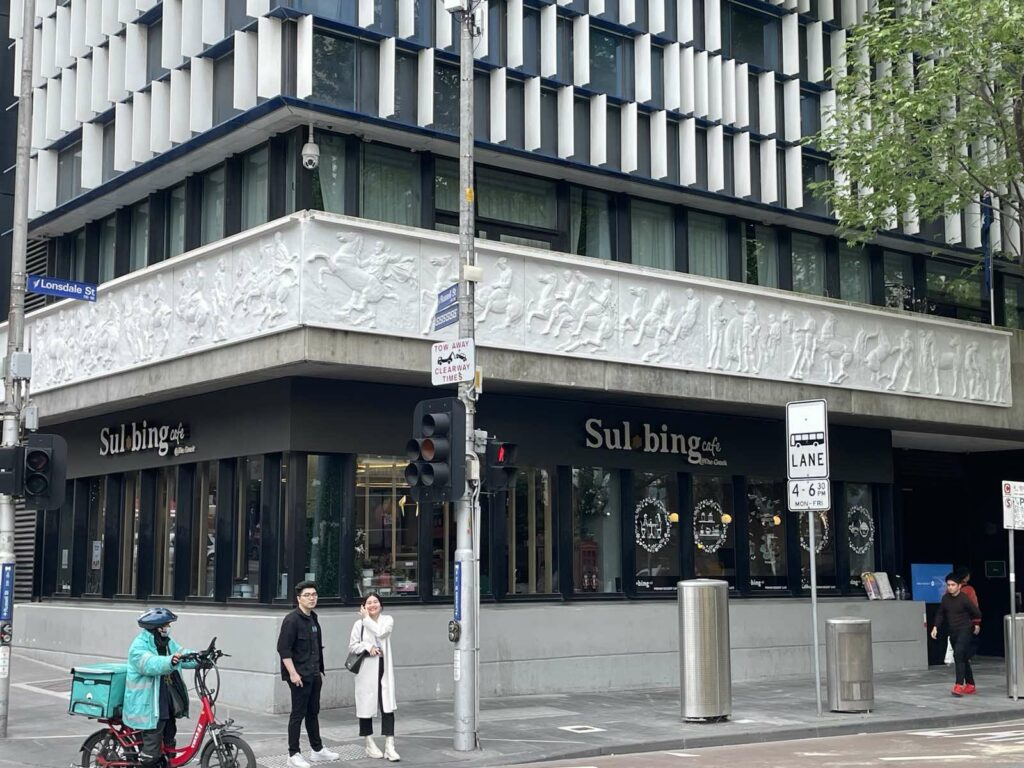 100,000 people on Lonsdale Street for the Antipodes Festival at the unveiling of the new Parthenon Marbles frieze at The Greek Centre

The Premier of Victoria Daniel Andrews joined Mr Bill Papastergiadis President of the Greek Community of Centre Melbourne, and other leading political and community figures made the official unveiling of a replica of part of the Parthenon Frieze on the facade of the Hellenic Centre, in the heart of Melbourne. The unveiling was part of the celebrations for the 120th anniversary of the founding of the Greek Community of Melbourne and is considered a symbol of Hellenism that connects the Hellenic Center of Melbourne with other thriving Greek communities around the world.

Victorian Premier Daniel Andrews said the frieze is a great symbolism as part of the celebrations the 120th anniversary of Melbourne’s Hellenic Community and a true celebration of the Greek contribution to the city, state and nation. The prime minister also demanded the return of the Parthenon Marbles to their rightful home and rightful owners. 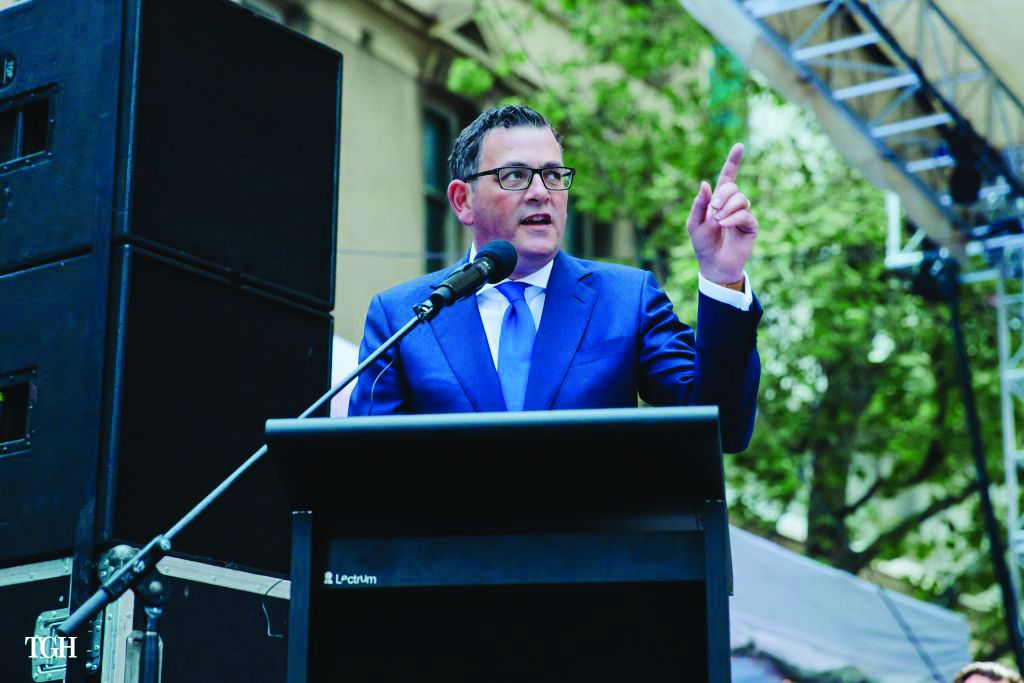 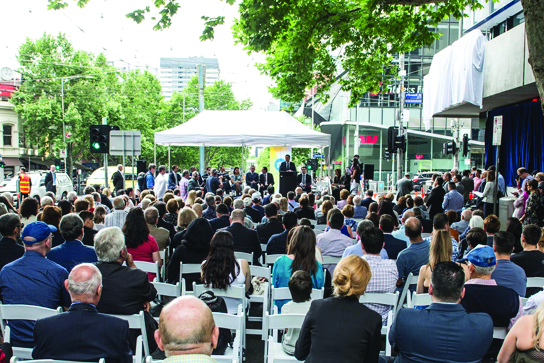 Mr Vassilis Papastergiadis, President of the Hellenic Community of Melbourne, said the Hellenic Center has become a real symbol of the emerging unity and presence of the Greek community in Melbourne and the Zoforos will be a visible reminder of this.‘These symbols will play an important role in recognizing our Center as a global base for the Greek diaspora,’ he said.Mr. Papastergiadis also acknowledged that the original Parthenon Marbles are currently housed outside of Greece and that the time has come for them to be returned.

As stated, the installation of Zoforos is an important element for the Center’s identity. Greeks and Philhellenes all over the world identify with the Parthenon and its visual sculptural art.